As a Samsung Galaxy S8 owner and software developer with a 2016 MacBook Pro, Apple has done me a huge favor in moving over to USB-C for all its ports.

Of course, they completely screwed over their loyal iPhone customers in doing so. But, that’s a post for another time.

USB-C is the perfect standard for modern devices as the same port can be used both to charge the pack itself and to charge the external device.

This post is all about my quest for the perfect battery backup.

Let’s start with the punchline: The omni 20 usb-c is it.

Over the years, I’ve gone through a lot of battery backups. I quickly discarded the type that you get from conferences as not viable for my needs. Those are usually around 2500mAh and, aside from being barely able to fully charge a modern mobile device even once, they don’t hold their own charge, so you end up with a dead battery backup when you need it most.

For quite a while I was very happy with my iMuto 16.750mAh backup. They’re now pitching it as a “portable chargeer for Nintendo Switch”. Can’t say I blame them. That Nintendo Switch is so hot right now…

This battery backup was the first I’d found with a native USB-C port. It charged up super quick using a USB-C wall charger and fast-charged my Nexus 6P and later, my Samsung S8. It holds its charge for a very long time. It’s rugged and the simple LED display lets you know how much juice you have left.

Then, I got the new MacBook Pro with 4 USB-C ports. I was excited to see what the iMuto could do, if anything. The MBP has pretty heavy duty power requirements and at a max output of 15 Watts, the iMuto just wasn’t up to the task.

Then, the Internet spoke. I became interested in the omnicharge when they announced their 120V inverter battery backup. It was originally on Indiegogo and, at the time, I decided not to buy it. While it’s more general purpose, I heard that they were coming out with a USB-C model. That would fit better with the amount of travel that I do. For any of my non-USB-C devices, like my iPad mini, I bought USB-C cables. No dongles for me. I’m all in on USB-C. 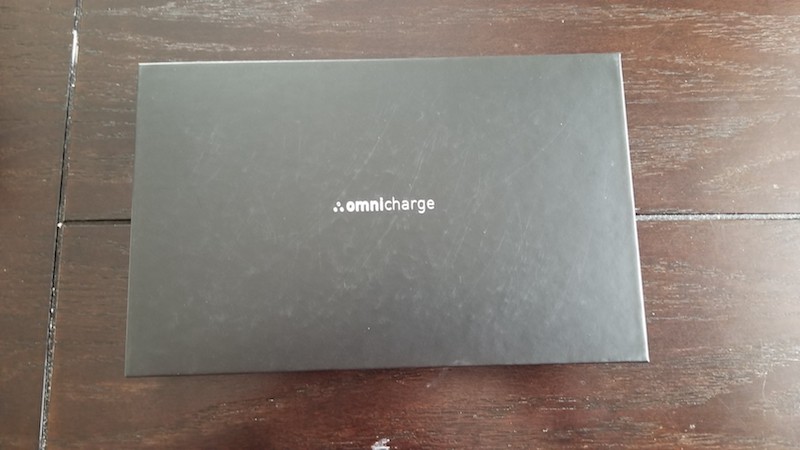 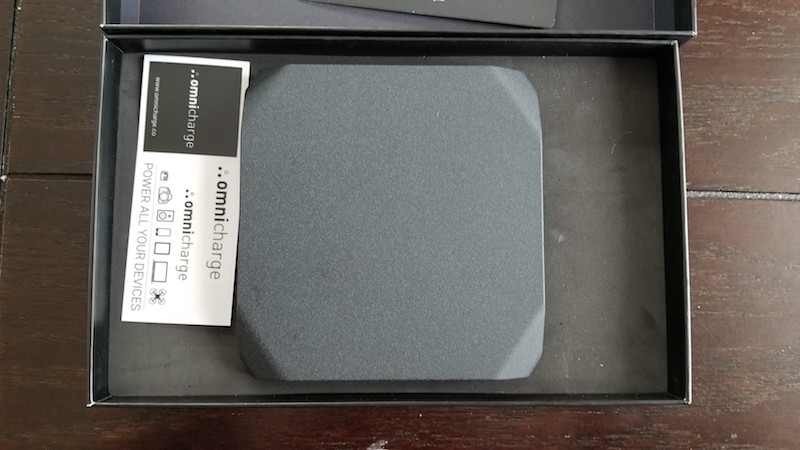 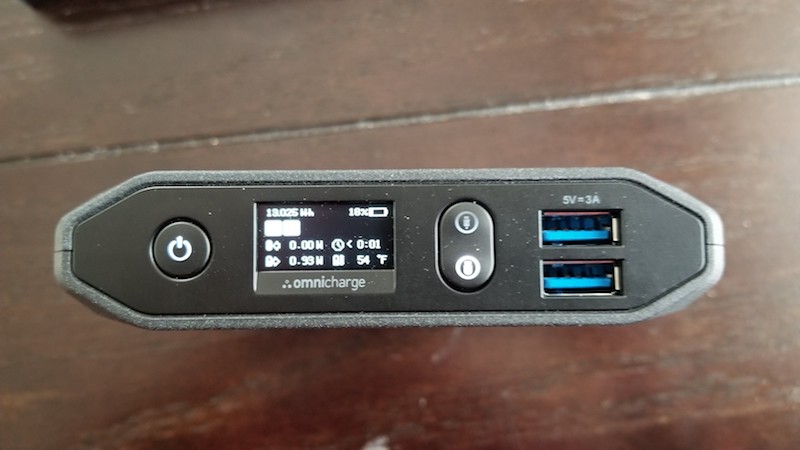 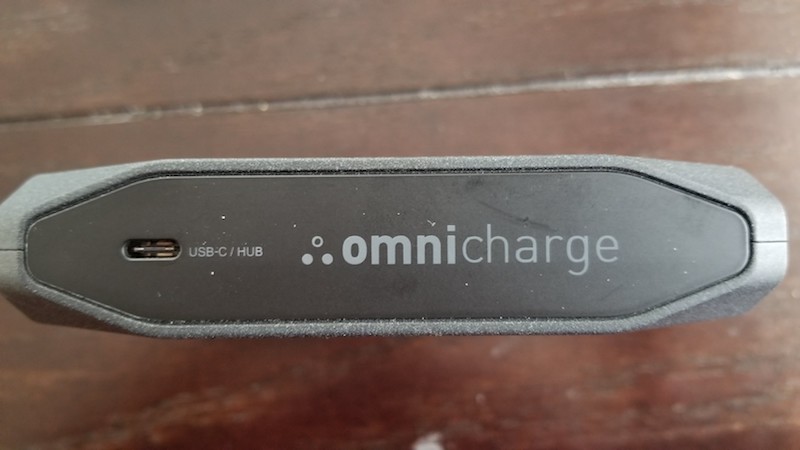 The omni 20 usb-c comes in a minimalist box. Inside, it has a small set of stickers, a square card with a url for the user manual and the battery backup itself nestled in squishy foam.

The manual recommends that you perform an initial “calibration” by draining the battery to 0% and then charging it to 100%. Out of the box, it showed 18%. I connected my Samsung S8, iPad mini and, the iMuto 16,750mAh battery pack to it and waited until it was dead.

I then connected it to my USB-C native 29W Apple power supply and a little over 2.5 hours later, it was back to 100%. The manual says it will take 3 hours to charge, so - right on track there.

Next, I wanted to see how long it would power my 15” MacBook Pro under load. This is a more “real world” test than the usual “ideal conditions” type of test.

The test was simple - How long would it keep my MBP at 100% with the charging indicator showing.

When I say, “under load”, I mean it! I started the test at the beginning of a 7-hour screenshare, during which time I was teaching a course. In addition to screen sharing, I was running Powerpoint and I was connected to a virtual machine environment - effectively screesharing a remote screen! And, I was driving two external 27” displays in addition to the built-in display.

The omni 20 usb-c lasted for 1 hour, 45 minutes. I’m quite pleased with that result as the conditions that I would normally be using the battery backup under would be much less severe. My most common use for this will be on a long flight, where I’d have the screen brightness lower than normal and I would not be sharing my screen or driving external displays.

For comparison, my old iMuto weights 10.5 ounces. The omni 20 usb-c weighs 17.6 ounces. The omni is just about the same thickness as the iMuto, although it’s considerably wider. It fits in my backpack well and the extra 7 ounces is worth it.

The omni 20 usb-c can produce 45W, which is plenty to charge the MBP.

It has two USB-C ports and two USB-A ports.

Full stats on the omni 20 usb-c can be found here.

I am accumulating quite a bit of USB-C powered devices. The most recent is a Nintendo Switch. While I have not yet tried to use the omni 20 with it, I am sure it will work like a champ when I want it to.

Do you nerd out over power backup solutions too? I’d love to hear your experiences in the comments section below.